Tonight I went and saw the new romantic comedy Crazy Rich Asians and it is delightful. I read the book of the same name prior to seeing the film and they change a bit but it is a pretty dead-on adaptation. I will post my full review on either my youtube channel or my other movie blog but I thought it would be fun to share something here first. With the success of Crazy Rich Asians you will definitely hear about the ‘return of the romcom’ and while I agree with that there have been some fun films that went under the radar that I think are worth checking out. Some aired on Hallmark Channel (check out my Hallmarkies podcast if you haven’t already) and some were feature films.

So here is my list of recent romcoms you should check out! (in no particular order)

I feel like this film should have been a bigger hit than it is. You have Karla Souza playing a doctor who has put romance on hold after a disappointment with a love played by Jose Maria Yazpik. She convinces her coworker played by Ben O’Toole to accompany her to a family wedding and when her ex shows up things get complicated. One of the coolest things about this movie is it is effortlessly bilingual. Clara speaks in Spanish with her family and then English with Asher and others at work. This is very unique and made the movie feel special. Clara can be a bit unlikable but she eventually won me over. It’s really sweet and fun. 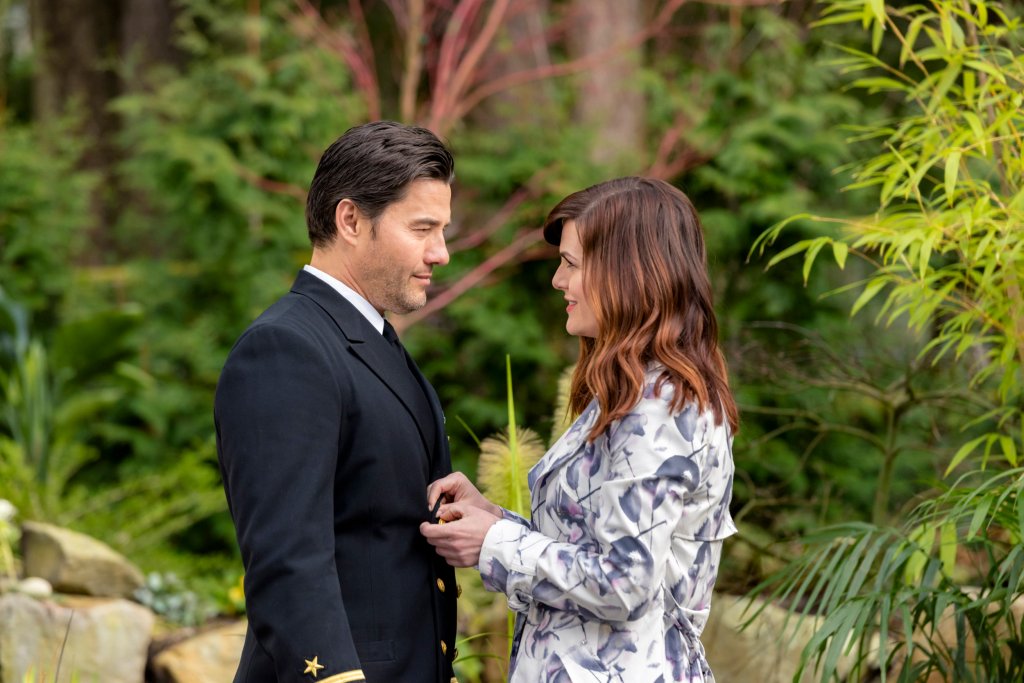 All for Love comes from Hallmark and it is one of the best from last year. It stars Sara Rue as a romance novelist named Jo who has lost her mojo. Her last book didn’t go over well and she is facing a deadline that her manager needs to do well. Since the book is about a navy seal Jo’s manager gets her brother (Steve Bacic) to put Jo through boot camp. They spar at first of course but they have a sweet chemistry and there are really cute scenes like when Colin teaches Jo how to swim and when he writes her a letter because he is too scared to tell her how he feels. It’s really sweet and the supporting cast is very charming.

Despite getting decent reviews, The Rewrite flew under people’s radar. Hugh Grant teams together with Marc Lawrence again (2 Weeks Notice, Music and Lyrics) and make a really good romantic comedy. Hugh Grant plays a screenwriter who won an Oscar early in his career and has struggled to duplicate that success. Desperate he takes a job as a screenwriting professor at a small college in New England hoping something else will come along soon and get him out of there. A big key in enjoying this movie is if you can put up with his terrible behavior at the beginning of the film and if you feel like his change is sincere. I did. I love him and Marisa Tomei who plays one of his students. I love Allison Janney who is his Jane Austen loving supervisor. I love J.K. Simmons as a fellow professor who loves his family so much he cries whenever he talks about them. It’s a movie that has something to say about writing, reading, movies and work which I appreciate. It’s a good one! 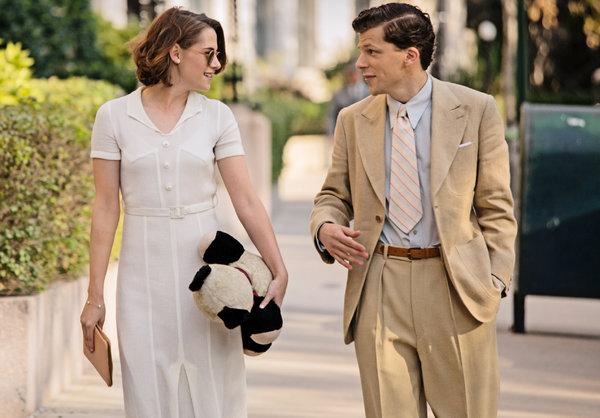 Woody Allen can definitely be hit and miss but I enjoyed his 2016 offering Café Society. This film stars Jesse Eisenberg as a young man named Bobby who goes out to Hollywood in the 1930s to make it big. Along the way he meets Vonnie (Kristen Stewart) who is dating a married man and the stunning Veronica (Blake Lively who is the classic shiksa goddess in this). It’s light and breezy and has great performances. Corey Stoll steals every scene he is in as Bobby’s mobster brother. While not as strong as the original Bridget Jones movie this 3rd installment is a significant improvement over the terrible 2nd film. Renee Zellweger is back as Bridget and this time she has gotten herself pregnant and she isn’t sure is it Mark Darcy (Colin Firth) or the super sweet Jack (Patrick Dempsey). To be honest, the shenanigans involving the father and being pregnant didn’t do much for me but what I loved was every scene with her at her work for a television news station. Sarah Solemani as an anchor was hilarious and a scene where she mistakes a limo driver for the North Korean ambassador made me laugh. It’s not the greatest movie but I enjoyed it! 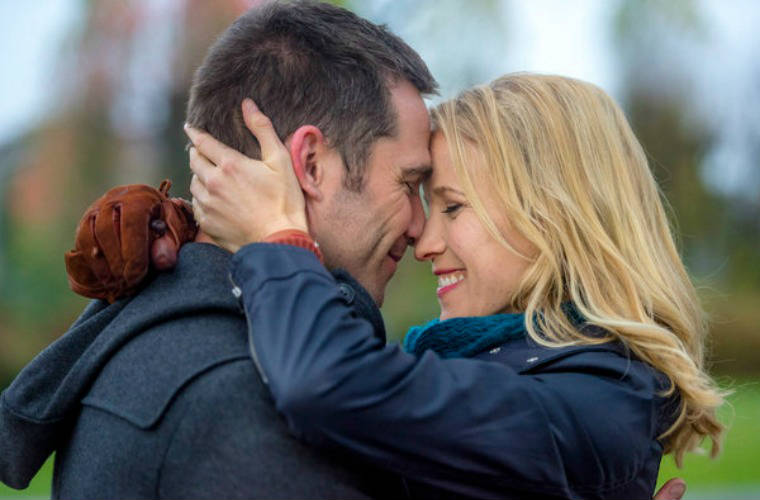 One of the best films to come out of Hallmark in recent years is The Birthday Wish. In a very clever screenplay by Julie Sherman Wolfe, the delightful Jessy Schram plays Gwen a woman who takes her career seriously as a commercial director and has been in a relationship with someone she seemingly has lots in common with (the always great wrong guy Marcus Rosner). Meanwhile her assistant director Dave played by Luke MacFarlane is just a friend she hasn’t paid much attention to. Well one day she makes a wish on her birthday and gets a glimpse of her life in 10 years and to her shock Dave is there! I like that it doesn’t go all Family Man on her and that her career and dreams are always respected by the screenplay. Luke MacFarlane and Jessy Schram have great chemistry and it’s really sweet and pleasant. I love it!

Honestly it feels a little unfair to have Love and Friendship in the same conversation as these other films as it is so far superior but oh well! Kate Beckinsale is so great as Lady Susan Vernon a woman who delights in manipulating and getting the best out of her friends and relatives. This might make her unlikable but as her relatives are stupid it is just hilarious. I love Whit Stillman’s adaptation. Someone like Lady Susan isn’t supposed to win in Jane Austen and yet I found myself rooting for her especially in her scenes with Chloe Sevigny’s character (so funny). It looks gorgeous and the entire cast does a great job. The fact that it got snubbed at the Oscars is ridiculous.

One of my biggest take-aways from covering Hallmark last year was how great director Christie Will Wolf is and how much I love Jen Lilley. I wasn’t crazy about their recent collaboration Yes I Do but Dash of Love and Eat Play Love from last year were delights. In Dash of Love Jen Lilley plays Nikki an aspiring self-taught chef who dreams of working in a fancy kitchen. Through various contrivances she ends up getting a job at her culinary idol’s (Peri Gilpin from Frasier) restaurant. There she meets chef Paul (Brendan Penny) and they start a really sweet engaging romance. Some of the conflict involving Paul’s family is a little much for me but this is classic romcom executed very well. The leads have chemistry and all the food porn is great. It’s very romantic and enjoyable.

So there you go! That is my recommendation for recent romantic comedies. Are there any I missed? Let me know in the comments section and if you’ve seen any of these I’d love to hear your thoughts.