Hey everyone! I hope you are all doing well. I am writing this having been in isolation for pretty much the last 3 months as I am trying really hard to not get the caronavirus. There is a side of me that wonders if isolation is worse than the virus but I don’t want to test out any theories. I have been able to leave my house for a few errands and to spend time with my parents (and my brother Sam has moved back home!). One of those occasions was to celebrate a big birthday for me! The BIG 40!

Yes ladies and gentleman I am now 40 years old. I have been on this earth for 4 decades. It’s honestly pretty surreal but I am feeling good about my spot in 40. Of course I had grand plans for my 40th Birthday but like most plans the last year they had to be put on the back burner. I wanted to go on a cruse, maybe even the Disney cruise, and that obviously isn’t happening right now. Hopefully someday but not right now.

Instead of going out we had a virtual murder mystery party that was a play on the Great British Bake Off called The Great British Bump Off. It was pretty fun and I appreciated how everyone got into it and did voices and got into their characters. My niece was even taking detailed notes so she could accurately guess the murderer. I hope we can do it again because I had a great time.

Of course such a milestone definitely makes a girl think. As I have pondered starting my 40s I feel pretty good about where I’m at. I think starting my 30s was a lot harder. Back a decade ago I hadn’t accomplished much and felt like I was still in the same spot I was when I graduated from college in 2002. Now I’ve purchased my own home. I have 2 successful podcasts and am a film critic on rottentomatoes. I feel like I actually have something to show for my life which I don’t think I had at 30.

Naturally there are things I expected to have which I don’t. I have yet to fall madly in love and get married. Who knows if I ever will? I don’t have any children and unfortunately I live far away from my nieces so I don’t get to see them often except for virtually. I wish I had more of a legacy when it comes to young people but I try to at least be a good example to my young followers online whether it be on youtube, podcasting or on twitter.

Most importantly I have wonderful friends who support me and hopefully I support them. I am so grateful to all of my cohosts for my various podcasts and all the guests and friends I’ve made through collaborations. There are too many to name. I know social media gets a bad rap and it can be toxic but I have been so buoyed up by my connections whether it be on twitter, instagram, discord or more. I would definitely say the good outweighs the bad in that department.

So there you have it! 40 has come and I am here to celebrate it! Let’s hope my 41st birthday I’m not isolated and am able to travel and get out of my house more often! That’s the dream these days. What’s your greatest advice for someone turning 40?

Hey everyone! I hope you are all doing well. We recently had Valentine’s Day and I continued my tradition of making my personalized valentine with the help from my amazing graphic designer friend Joan at bitsy creations. Her website is amazing and you should totally check it out for all your custom design products and needs.

So here is the valentine for this year: 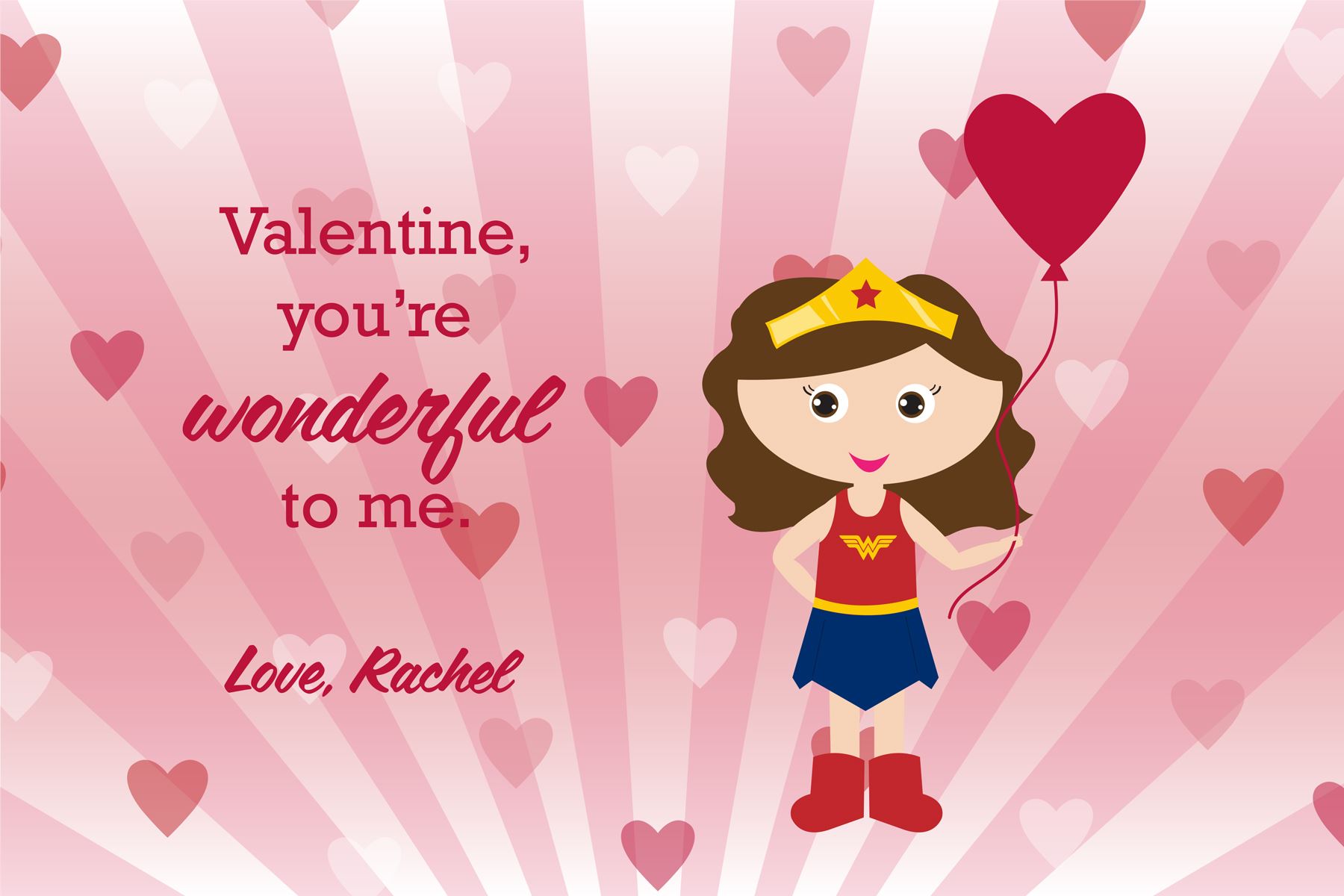 I went with this design because one of my most anticipated movies of the year is Wonder Woman 84 and so my avatar wearing her outfit seemed to sum up the moment in time for me. I loved the first Wonder Woman so I hope so much that this sequel lives up to the hype.

Plus I love how bright and cheerful it is. I do have so many wonderful people in my life and I hope they all know how much I love them. I love the background we came up with and the red heart balloon is so cute. I just love it!

I hope you all had a great Valentine’s Day even if, like me, you didn’t have a love to share it with. Maybe sometime that will happen and maybe it won’t. However, we can be happy now for the good we do have and the blessings showered upon us by the Lord. I am most grateful.

Sure love you all!

Merry Christmas everyone! Today I am having a quiet Christmas all by myself but I am enjoying the time of contemplation and rest. Today I finish my holiday movie watching … END_OF_DOCUMENT_TOKEN_TO_BE_REPLACED

Merry Christmas in July! Recently I got into the early holiday spirit by joining my fellow podcaster Brian at the ‘Christmas Past Podcast’ in his Christmas in July Cookie Swap. … END_OF_DOCUMENT_TOKEN_TO_BE_REPLACED

Hey everyone! I hope you are enjoying a great Valentines Day. This is a holiday which can be challenging for single adults like myself. To try and embrace the holiday … END_OF_DOCUMENT_TOKEN_TO_BE_REPLACED

I am not one to moan and groan about my age but it does kind of shock me that almost 40 has come so fast. Where did the time go? 2018 marked 20 years since I finished high school. That makes sense because that feels like another millennia ago. But other stuff like the end of my mission in 2005 seems like it just happened. Even something like moving into my home has somehow ballooned into 6 years! Mind blown.

Luckily I can’t feel to badly about turning 38 because I’ve had such an amazing year. Currently I am busy covering the Sundance Film Festival and you can find my reviews on rottentomatoes.com! My podcasts/channels are both doing well and I’m super proud of them and things are going well with my job. So life is great. I am very blessed.

So I’m not really sad about turning almost 40 but it is a little sobering. I certainly thought I would be married and have a family at this point but it just hasn’t been in the cards for me. (If you know anyone who might be interested please let me know 😉 ). It makes me a little sad to think about that but there’s nothing I can do about it so oh well. 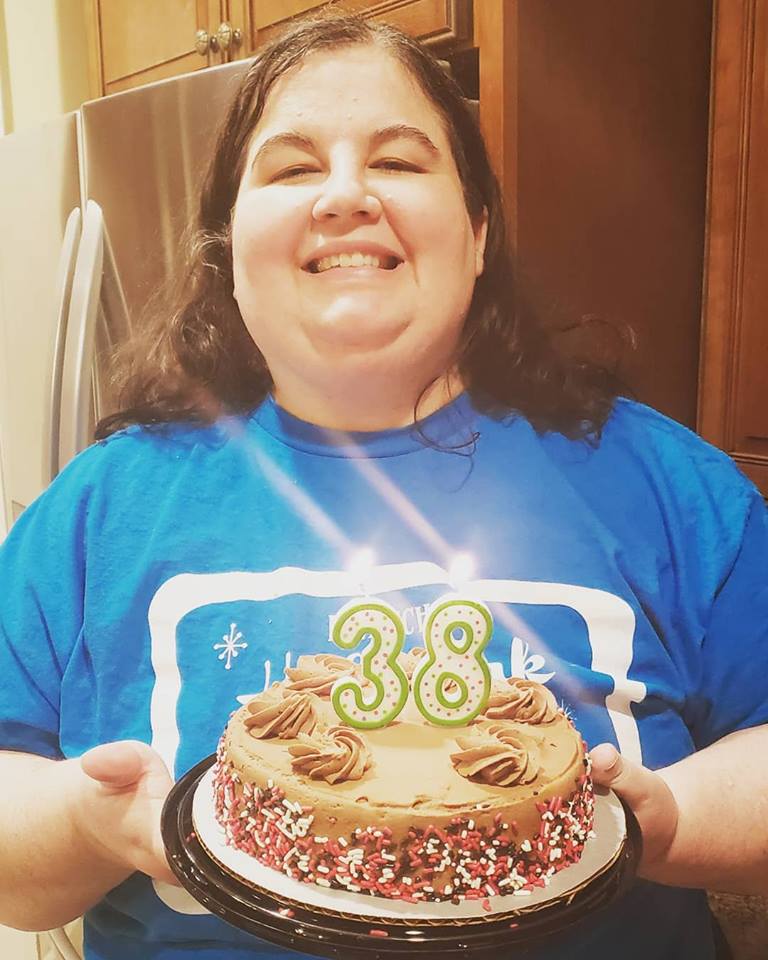 The other day I was thinking about the people in my life who didn’t get to be almost 40 (my cousins Lisa, Riley, Raquel RIP). A family and spouse may not happen (I’m aware it could happen but it might not) but think about the many experiences I do get to have which they did not? It reminds me to be grateful for the gift of life and another year on this planet. Even in the bad times I am growing and changing into the person God wants me to be. He is behind all the lessons of my life, and I’m confident He has something special in store for the almost 40 version of me.

If January is any test 2019 is shaping up to be a very memorable year and I’m ready for it! I’m a little overwhelmed and wish I had more time but I’m as ready as I can be. Fortunately, I have tons of support both in real life and online for which I am truly grateful.

The new year is here and I am taking down my Christmas décor. It has been quite the season with me covering every new Christmas movie in 2018 whether on television or feature film. All together I watched 85 new films over Christmas:

Here are some of my takeaways from the season:

If I was going to give advice to Hallmark I’d say maybe not every movie has to be a person coming to the country and realizing her city life is awful? How about taking some risks like with Reunited at Christmas which was flawed but about a woman scared of marriage and wanting to live together with her boyfriend indefinitely. That’s a new topic for Hallmark!

I would also encourage all the studios to keep working on diversity. I appreciated Hallmark having POC leads for the first time. It perhaps wasn’t perfectly executed but it was a step in the right direction. Also I liked TVOne’s offerings especially Coins for Christmas with the delightful Essence Atkins.

Finally, there were some misses that were ambitious misses. In particular Nutcracker and the 4 Realms and A Snow White Christmas. Keep trying to think outside the box!

So there you have it. My report card of Christmas movies 2018. What were some of your favorites of this year at Christmas? I’d say it was a mixed year. A lot I enjoyed. A lot of meh but almost nothing that I absolutely hated like Engaging Father Christmas and The Perfect Christmas Present last year. Even Return to Christmas Creek was watchable. It was just its judgy tone that irritated me but it had cute moments.

From here we go on to Winterfest!

Happy New Years Eve! Each year on this blog I post a retrospective on the events of the year. Normally I am profiling trips I’ve taken or big events that … END_OF_DOCUMENT_TOKEN_TO_BE_REPLACED