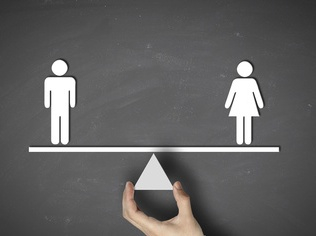 When I was in college I believed myself to be a feminist! I took classes on the political economy of women and felt emboldened by classic feminist authors like Betty Friedan. The idea of inequality of the sexes was shocking to me and things like domestic abuse and female circumcision needed to be changed. However, as I have gotten older I realize more and more that I can not call myself a feminist by most modern definitions. It actually makes me kind of sad. The idealist college student in me would like to hold on to that label but I cannot.

The biggest reason I have moved away from feminism is I used to believe it was a more flexible word than it actually is. I realize many women have their own definitions of feminism and what it means to be a feminist but what matters to me is what it politically and socially means. For example, I used to believe you could be pro-life and be a feminist, but that really isn’t the case any more. This was made abundantly clear in the recent Women’s March where pro-life groups were not only turned away as sponsors but actively reviled by March leadership as being “anti-choice” and not being pro-woman. Never mind the myriad of issues we could agree on in a ‘women’s march’, acceptance of abortion was required to be a part of this expression of the feminist movement.

Sure there were some pro-life marchers who I admire very much and many women who didn’t realize the agenda of the deceptively titled march but it doesn’t change the fact that to be a female advocate or feminist required the acceptance of abortion. That blows my mind because in my mind I’m the one actually standing up for females- the female unborn. To me being pro-life is the greatest act of feminism you could possibly support! And people bring up the other health procedures Planned Parenthood does for women as an argument against pro-life advocacy? How about we have other community sources for those services outside of the largest abortion provider in the nation? That would be pro-woman.

Anyway, there are lots of other examples of positions that have become requisite to accept in order to join in the modern feminist movement. But it is not just about positions that I cannot call myself a feminist.  The other reason is because the movement only supports a particular type of woman. If feminism were really about supporting women and female empowerment than it would celebrate the achievements of all women not just left-leaning women. Unfortunately this is almost never the case.

Just as an example, today Nikki Haley was confirmed as UN Ambassador after serving well as South Carolina governor. Will you hear praise of her nomination and success by feminist causes? Of course not because she is Republican and a nominee of Donald Trump. You see this across the board with conservative women even moderates like Susan Collins from Maine. They cannot buy into the complete liberal feminist agenda therefore their accomplishments are not praised by NOW or other organizations supposedly advocating for women. Certainly if someone like Nikki Haley, Condoleezza Rice or Susan Collins aren’t considered feminist than I am not.

I was disgusted on Inauguration night to hear people criticizing Karen Pence for her appearance. I thought she looked beautiful in her blue dress but these critiques were not about fashion. They were about tearing down a woman who’s husband they don’t like. That is not feminism to me. Even with Melania Trump, recently a supposed feminist Chelsea Handler said she wouldn’t interview her because she “can barely speak English”. Um she actually speaks 6 languages you moron. Shouldn’t a real feminist be talking to women who have different points of view? Shouldn’t a real feminist not judge a woman based on the behavior and positions of her husband! Talk about 1950’s logic there!

Recently I heard some criticize Karen Pence for having a towel charm business before her husband became governor. What’s wrong with that? I guess that’s another thing we aren’t allowed to do in modern feminism? We should be supporting women who have small businesses but instead it is a point of derision. I hated Hillary Clinton’s policies, but I actually begged my friends on social media to listen to her and not judge her on her wardrobe. Why do conservative women never seem to get such respect?

The truth is if you are not willing to accept the radical agenda of the left than you are not a feminist today; therefore, I am not a feminist. It’s as simple as that. I believe in women and that they should be treated equally to men. I’m all for equal pay and strict penalties for domestic abusers and rapists but I will never accept their positions. And I certainly am not interested in marching for them.

I am, however, interested in speaking with women of all points of view- something I do practically every day on my social media. There are times when I wonder if it is worth it particularly with certain liberal friends but I believe in the discussion and I believe in them.  I believe in learning from them and hopefully maybe they learn from me every now and then.

This discussion between women is what feminism should be. Unfortunately it has become a code word  for policies and ideas I cannot accept.

Make no mistake. I am pro-woman even the unborn woman, but I am not a feminist.