In an age where comic books are all over movies and television and geeky scientists are celebrated in the number one comedy in America, you can make a compelling argument that we are now in the Age of the Nerd. Back in the old days when I was in high school the nerds were semi-integrated into the various social circles but mostly they hung out together in the computer club or AV group. Now they get a starring show at the popular kids table and I have recently been pondering the result of that paradigm shift. The sad part is how little has really changed… 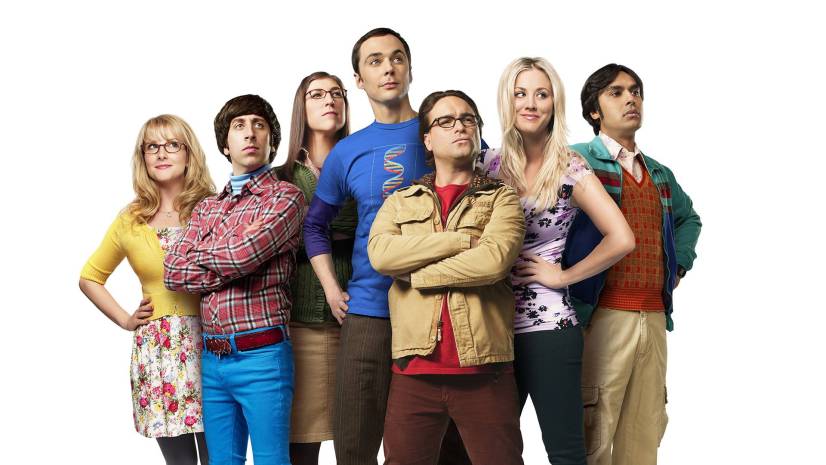 In some ways this nerd-revolution has been a great thing allowing more people to feel accepted and included and different tastes to flourish instead of just traditionally cool stuff like sports and rock music. However, in some ways, at least in my observation, things aren’t really that different. We’ve just expanded the pool of people participating in the bad behavior. Yes my friends, misogyny, marginalization, bigotry, bullying and even hate are now not just the realm of the jock and popular kids. No, we see it in all people, even the nerds.

First, what traditionally made up a nerd? Well, it was the smartest kids in class who were often socially awkward or uncomfortable around their peers. Some of these people suffered from Aspergers or other autism spectrum challenges. We saw them portrayed in movies and on TV. Popular figures were Screech on Saved by the Bell, Urkel on Family Matters and Anthony Michael Hall in Breakfast Club. 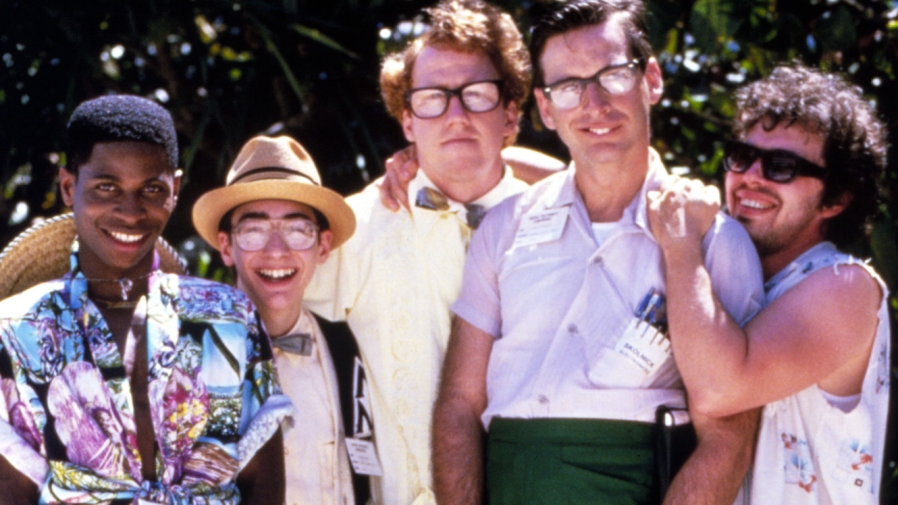 In Revenge of the Nerds the characters give a rousing speech to the student body about sticking up for nerds!

Lewis: Hi, Gilbert. I’m a nerd too. I just found that out tonight. We have news for the beautiful people. There’s a lot more of us than there are of you. I know there’s alumni here tonight. When you went to Adams you might’ve been called a spazz, or a dork, or a geek. Any of you that have ever felt stepped on, left out, picked on, put down, whether you think you’re a nerd or not, why don’t you just come down here and join us. Okay? Come on.

Unfortunately some of the nerds have let me down. It’s so surprising to see some of the behavior on the part of supposed nerds once they finally have a little bit of social power. 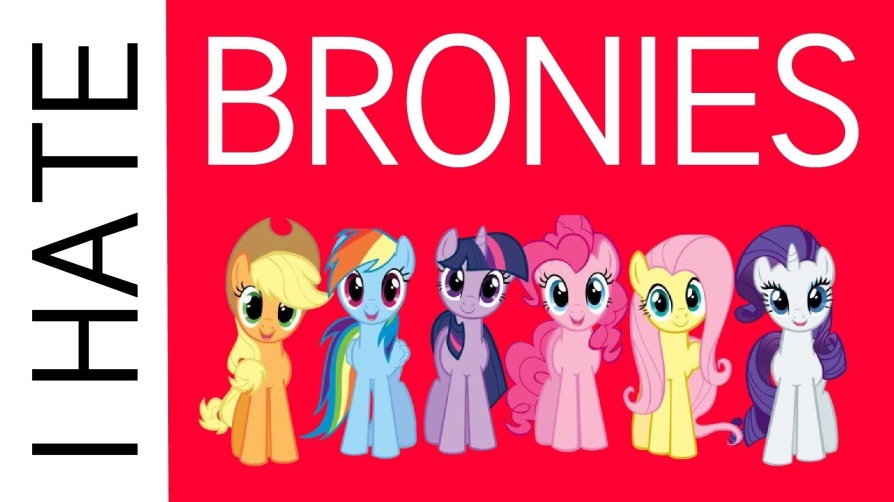 For example, there’s an entire group of men who like the latest incarnation of My Little Ponies (a delightful show TBH).  These are called Bronies. Now I’m not going to say the fascination with a child’s television show isn’t unusual.  It is but so is a fixation on Batman, Spider-man and Thor, the Norse God, if you ask me.

As an observer, I’ve been amazed at the vitriol showed against bronies by nerds who I would think would be more accepting.  Is it because it is a female oriented show that causes the revulsion?  You don’t see the same outcry against men who like more traditionally masculine oriented franchises like Star Wars or Marvel? Shouldn’t they be standing up for people liking whatever weird stuff they want to like?

You can find the same example of the treatment of the furries. I guess it is ok to like dressing up as comic book heroes but animals? Now that’s madness.

Such hostile nerd culture can also be seen in the scores of discussion boards and comment threads.  I’m constantly amazed at the inability of some nerds/fans to accept a wide variety of opinions. Again, you would think given the ‘nerd persecution’ of the past they would be accepting of different opinions. Not so much…Just look at the recent Batman v Superman drama. Certain people are unable to deal with someone liking or disliking the film and they go nuts.

Movie critic Chris Stuckman made the mistake of putting out a fan fiction rewrite of Batman v Superman and fans freaked out to the point of harassing his parents in Ohio and telling him to kill himself.  It’s just unbelievable to me.

What’s alarming amongst nerd culture is how resistant they have been towards women. Again, you’d expect them to be more accepting of minorities but repeatedly I have seen resistance to any inclusion of women in their favorite properties.

Even someone like Furiosa in Mad Max Fury Road was seen as ‘women infiltrating their feminist agendas into our movies’. Feminism is usually blamed and if the character existed to promote girl power or feminist theory I’d see their point. However, Furiosa does nothing in the film that a man wouldn’t do. You could cast a man to play Furiosa and it would be exactly the same. So, what’s the problem?

The fact is that maybe the nerds weren’t that different from the jocks all along? We have seen this played out in full colors with the recent reboot of Ghostbusters. Now my feelings on the marketing and film itself are beside the point. The amount of vitriol director Paul Feig received after his casting all women was so extreme he finally came out and said this:

“The ‘a–holes’ of which I speak are the ones who live online, who write those hateful tweets and posts and comments. I’m not talking about the people who have true concerns and worries about the rebooting of a franchise they love, nor am I talking about people who have watched the trailer for our movie and didn’t like it. Those are all valid opinions and I respect them all. I am talking about those that write misogyny and hate and threats. Those are the ‘a–holes’ of which I spoke…Every community has bullies who make up a very small minority of the community as a whole. Bullies scream the loudest and seem to get the most attention. But they are simply bullies who in no way represent the vast majority of wonderful, thoughtful people who make up our geek community”

I think he is right and sometimes it is more subtle ignorance and misogyny than death threats. Like take a look at this quote I saw on a comment thread about the new Ghostbusters Movie (again the movie could suck. It’s beside the point). 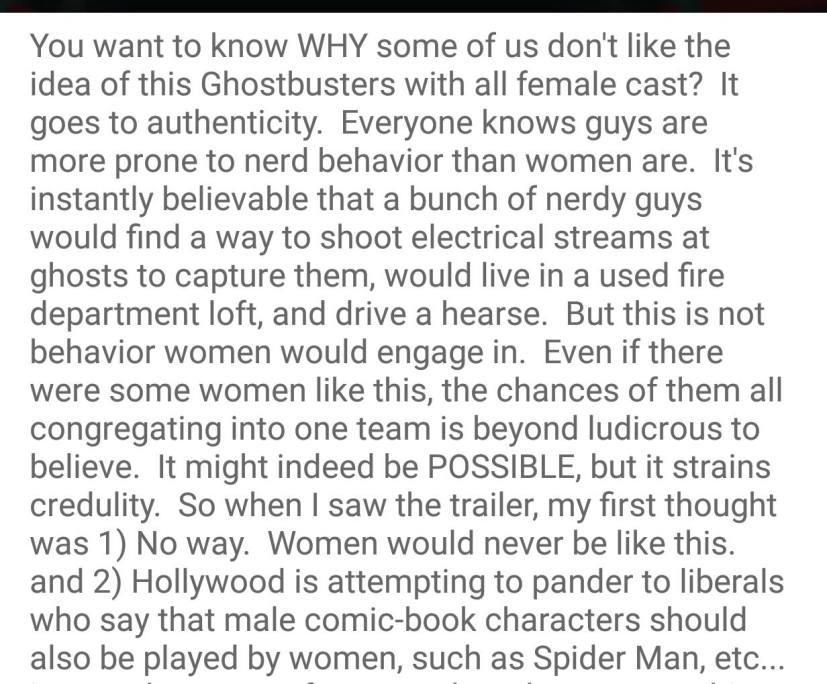 If this was 20 years ago I would have expected such a quote from a misogynistic jock but evidently nerds can behave the same way and have the same ridiculous ideas of gender roles. Heaven forbid girls participate in such ‘inauthentic behavior’ as driving a hearse and living in a used fire house. But I think this quote is more telling because it’s not just the movie he disagrees with but that ‘guys are more prone to nerd behavior’. Isn’t that nice ladies? You must fit this thin cutlet of appropriate behaviors or we are outraged and it is ‘beyond ludicrous’.

So I propose a change to Lewis’ speech from above:

“Hi, Gilbert. I’m a person too. I just found that out tonight. We have news for the beautiful people and the nerds. There’s a lot more of us than there are of you…When you went online you might’ve been called horrible names or told your taste and ideas are stupid. Any of you that have ever felt stepped on, left out, picked on, put down, whether you think you’re a valuable person or not, why don’t you join us.”

Paul Feig echoed this sentiment “The geek world has been a haven for so many of us and we should all refuse to let these bullies hijack the conversations and debates we all love to engage in, nor should we let them represent our community and culture to the rest of the world. The bullies are not the norm and I would dare say they are not even true geeks. They are the micro minority. God bless the true geeks of the world and here’s to taking our community back from the bullies”

There are enough bullies in the world without the nerds joining in! Let’s do better!