I don’t write that much about politics any more but I kind of felt like I had to say something with recent goings-on. Most everyone knows I am a die hard conservative (not Republican per say…). So you can imagine it was with great disappointment I have watched the primary season and seen one decent candidate after another whittled down the GOP nominee- Donald Trump. Somehow the party of conservative principles and values is going to put out a presidential candidate who is a serial philanderer and reality TV pitch-man. And you know what it is the Republican Party’s fault. Yep, there is nobody to blame but themselves.

Here’s how I see it…

Back in 2009 I grew increasingly concerned with the budget deficits I saw climbing with each day and the unwillingness of anyone in Congress or local governments to do anything about. I saw bailouts to banks, car companies and debt to nations like China growing by the minute with no plan to stop or curb spending at all.  In fact, when a bill would be past to curtail the increase on a budget outrage would occur and politicians would lose their nerve.

It was then that I took to the streets and protested for the first time in my life. 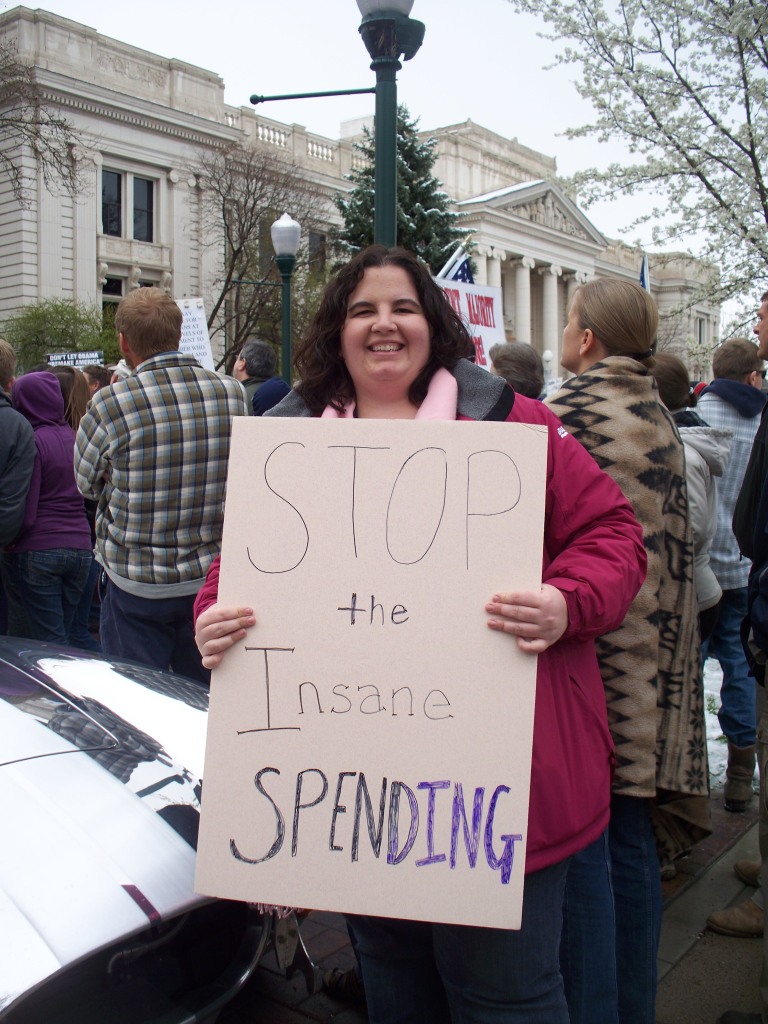 What did I get for my efforts? I was told I was an extremist, a radical, out of control, and not only by the democrats.  No. This tea party was a movement where we met together to study the constitution. Never once did I hear anything that incendiary or even about moral issues like gun control, abortion or gay marriage.  This was all about spending and how out of control everything had gotten.

So we gave them a shot and in 2010 we elected a bunch of ‘tea party Republicans’ including the likes of Marco Rubio and Rand Paul. Here in Utah we got rid of a long standing politician in Bob Bennett because we wanted change. We were tired of politicians who voted for TARP and supported expensive health insurance mandates.

At the time I wrote “Even if the bills get vetoed I want to see the budget cuts go through the house and let the Democrats be to blame for blocking them.  If these new Republicans wimp out I will be very disappointed”

Well let’s just say I am very disappointed. We have seen little of the kind of change I wanted. Deficits still climb to over $19 trillion and are rising each day. We have seen our armed forces compromised in situations like Benghazi, our international validity weakened almost beyond repair, our bond rating lowered and the debt ceiling continues to be raised every year.

A few leaders have tried to put their foot down but they’ve been treated like extremists and freaks for their efforts. Ted Cruz evidently ruined the Republican party by trying to stop the spending of Obamacare. Eric Cantor loses his seat after making strides in his youcut program where each week he brought a new unneeded program up for a debate. So often even conversations and votes on these cuts were not had or open for debate and this is with a Republican led house and senate!

But we continued on, tried to be hopeful. The voters gave another shot in 2012 and then 2014 and what has happened?  Nothing. We are not only in the same place of 2010 deficit-wise but we are far worse. You did nothing!

So, how can the GOP be surprised when finally voters have had enough of their empty promises. I’m personally sick of being treated like a radical for wanting an non-bankrupt America. But where to turn? In a normal election an outside the party kind of guy like Ted Cruz would be the answer but this year he was not outside enough.

No, the people looked for somebody who had been a tough talker on TV and supposedly has run successful businesses. Maybe he would actually listen to them and get the broken system under control after 6 years of the Republican party not listening? So they voted and now we have a Donald Trump as our candidate.

Now you can argue all you want about Trump’s many negative qualities. I’m talking about perception and from where I stand the GOP has not listened to their own grass roots movement for 6 years. In fact, they scorned it.  Treated it like a joke. No wonder they chose someone that many also thought was a joke at first. It’s the ultimate middle finger to the GOP for their behavior.

And now I am left to decide what to do for my country? I will not vote for Hillary Clinton. I disagree with her on every major social and economic issue. At least Trump I agree on a few things. His health care plan actually isn’t that bad and some of the things he says about trade actually make a lot of sense.

But he’s a horrible person. How do you justify that? I don’t know and perhaps that is a topic for another post. All I’m saying today is that the GOP is responsible for electing said horrible person.  They did not listen in 2010, 2012, or 2014 and now they are paying the price. People are not going to support their milk toast, weak candidates any more. People are sick of it!

But I guess I’m one of those radical extremists politicians such as John Boehner could care less about. Maybe I will vote for Trump just to tick him off? (see…and that’s how this madness starts 😉 ).

In truth, I’m really sad. Sad that something which seems so simple to me. Cut spending, live within your means. Cut waste and make things run more efficiently is evidently an insane notion that has birthed a Donald Trump.

Shame on you GOP.  Shame, shame, shame. I’m a good person and you treated me like crap- me and a lot of other Americans.

6 thoughts on “Trump is GOP’s Fault”