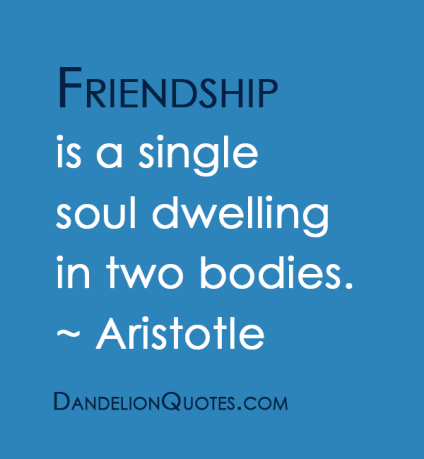 I’ve never been afraid of a sensitive topic on this blog and this will probably be one of those so be prepared.

I just want to share another side of the story.

Recently seemingly everyone I know with kids have posted this video.

This is a charming video and I get why especially stay at home Mom’s respond to it but as one of those friends without kids let me try to explain the other side of the picture.

First some societal trends that come into play.  Americans, even Utahns are getting married at older ages, usually in the post college years.  This gives sometimes a decade or more for single American’s to form friendships and create meaningful bonds/memories.

These groups of friends are often more important than family to the modern young American as they have shared experiences and group empathy that is not the same in a typical family.  There is no real hierarchy to an urban tribe; where even the most high functioning family has an order and chain of command leading to the main decision makers, the parents. A group of friends provides a space without judgement or the expectations of a family.

This is perhaps less common in the Mormon world as family is universally praised over friendship. Family bonds are eternal and you are after all not sealed to your friends…

Nevertheless, urban tribes do happen and even if not a group of friends the same reliance as with groups can exist in individual friendships between singles. I’ve never fallen in love so most of what I know about love is shared through friends.  I always felt very different from my family but felt at home with my friends.

Last year when I swam GSL the reporter asked me who I was going to call first and I said I wanted to see my friend Etsuko because we had shared that experience together.

But we grow up and people fall in love, marry (or sometimes not marry), and start having their beautiful babies.  We are happy because our friends are happy but we are also a little heart broken…

Is it a selfish response?  Of course it is, but it is also a very human one.  In the 50’s the average age for a girl to marry was 22.  This meant she would be lucky to graduate from college before getting married and having a family.

Now it is 26 (28 for men). Like I said, that means for almost a decade men and women have lived their lives relying on friends and then seemingly overnight their support system and world has completely changed.  Suddenly there are new priorities and they can be pushed to the side. I cannot overstate how devastating that abandonment can feel.  It may be childish to feel that way but I’ve felt it and I bet most singles have too.

Of course, the change in lifestyle the video depicts is necessary but just because something is necessary does not make it any less painful.  In fact, some essential things are the most painful. Giving birth for example.  Do we tell a young mother that her pain is less valid because it is necessary to bring her baby into the world?  Of course not!

I can’t tell you how many times I have been a bridesmaid at a friends wedding, or thrown a baby shower, or something important like that and then I never hear from them again.  I will call and call and then eventually give up.  I will see photos of their kids on facebook and smile.  On my bitter days it can feel like everyone else is moving on with their lives but me.  My support system is gone and I don’t even get a baby out of the deal…

On my peaceful days I smile and hope my day will come and that I can do a better job at keeping in touch with my single friends.  I’m sure like the video shows it will be hard, but I hope I can at least be cognizant of their pain.

She does say in the video that she loves her friends but she is also very judgy.  Assuming her friend has all this free time and can hop off to Vegas whenever she wants.  The truth is said friend probably has worked a 10 hour day with a boss breathing down her neck and this 20 minutes with your kids is the only real human interaction she gets.  Your single friend and you may be catching Shark Tank when you are exhausted in exactly the same way just different exhaustion causes.

Both single women and homemakers with kids sacrifice most of their days for other people and leave completely frustrated and worn out.  A single girl may not understand the cheese or the door slammed in her face by a toddler but she does understand feeling frazzled and pushed around by other people and most likely what’s pushing her around does not love her the way your baby loves you.

I’m not trying to minimize being a young Mom.  It is super difficult but I’m just saying assuming one person has it so much easier than another is a shame.  You miss out on support you could be receiving and ostracizing yourself to only bonding with one type of person, other young Moms.

Of course, singles can do the same type of ostracizing and be too inflexible in adapting to the new situation. But can’t we all be grown ups and just say ‘my daughter threw cheese on the ground.  Isn’t she a rascal?  Could you help me with this? I bet you got into all kinds of messes when you were little…’ A conversation starts and an awkward moment becomes one of friendship instead of distance.

At the very least I would urge you to treat your single friends a little more gently than the video describes.  They may not be calling just to hang out.  Merely assuming that every time a single friend calls you it is for something superficial isn’t worthy of the friendship that was seemingly so important to you before you got that ring on your finger.

I understand there just isn’t time for everything and that some friends will be dropped but perhaps we give up too quickly?  Perhaps we assume because we can’t keep up our original relationship it is all over?  Maybe we could create a new relationship? Maybe it doesn’t have to be completely abandoned simply because it isn’t the same?

I have friends I only see once or twice a year but I know they are there for me.  I know they love me.  There is that gentleness and kindness which tells me ‘yes I have these kids and yes, its tough but I love you and you are important to me’.  At the very least I don’t feel abandoned and that I was a tool for a wedding photo.

A few years ago I went traveled and spent time with many friends with kids.  All of them unnecessarily apologized for their kids behavior.  Maybe I was giving a bad vibe or something but it wasn’t how I felt.  I can’t imagine just sitting there talking while friends are entertaining kids like the video suggests.  I get in and play or talk to the kids, talking to my friend at the same time. Occasionally I may have a day when I am not as kid-friendly but I don’t think it’s the rule of thumb as the video shows.

Most of the time my friends with kids want to meet me outside of the kids, not because of me, but they see it as an escape for them, but I am more than willing to meet at Chucky Cheese or a playground and talk to you, get to know your kids.  The video seems to show it is either going out, getting a sitter or a frustrated experience, and I think with a little creativity it doesn’t have to be that way.

I would also never tell a mother that I am going to be strict with my kids.  I can’t think of a single adult that would say such a thing to their friends with kids when they are with said friend.  That would be super judgy and rude.  They may say it behind their backs which I guess is bad but the woman on this video has strange friends if they say that as part of light discussion during a visit.

In the end, I guess if I made a video it would say ‘be kind’, ‘be gentle’ and spend a minute to let someone know you love them and I bet that will make your time with those little one’s a little easier too.  Maybe it will help you to not feel so alone when you know you have a friend who is rooting for you?  It would for me.

Friends are not simply role-players in our lives- someone we use to get through the day.  They are real people and relationships with real people matter.  So, if worse comes to worse, maybe pray that Heavenly Father will help you find a way to express love to your friends. Just maybe He will inspire you with an idea for a get-together or a cute text.

And if a friend does need to be dropped just try to be gentle about it.  Try to understand how they are feeling and as Jesus taught ‘do unto others as you would have them do unto you’.  That goes for all of us married, single, divorced or widowed.

Friendship is too great a gift to let it pass without much thought.  I promise it’s worth the effort.

The truth is it is harder for single women over 30 to get together.  It is just harder when you are older, so maybe that is part of the change.  You can set up plans for weeks, get everything organized and then someone gets sick or there’s a blizzard, or a late assignment at work.  It is just harder post 30 but again worth the effort.

(I have no problems with my friends btw.  Only posted this because I saw the video so much and wanted to share how the person on the other side of the phone may be feeling).

Feel free to share your opinions of what I have written.  How have you made friendship work as an adult? My Dad is a great example of maintaining friendships.  It is a natural part of his expression and I’m kind of the same way.  I need friend, so thank you dear friends.  Love you and your kids!