Happy New Year!  My neighbors are lighting a million fireworks so I’m still up despite coughing my head off.  I thought it might be fun to give you some of my favorites of this year.  Here goes

1.  Edenbrooke by Julianne Donaldson- Should be no big surprise to anyone as I’ve been pedaling this book to everyone I know (and everyone else has liked it to.)    It is a ‘regency romance’ in the style of Heyer or Austen.  It is a juicy story of Marianne Daventry as she tries to train herself in the ways of good society at large estate of Edenbrooke.  Along the way we get a highway robbery, kidnappings, miscommunications and tons of romantic dialogue. 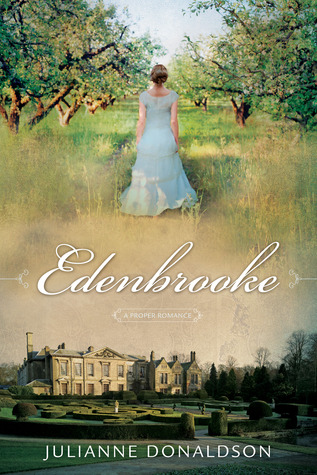 2. Other books I loved this year- I read 50 books this year and some of my favorite are Summer at Tiffany by Marjorie Hart, I’ve Got Your Number by Sophie Kinsella, Going Solo by Eric Klinenberg, Boomerang by Michael Lewis, The Joy of Hate by Greg Gutfield, and the somewhat trashy but enjoyable Chicago Stars series by Susan Elizabeth Phillips.

1. Chris Mann- Roads- The standout on season 2 of The Voice (much better than the winner who I can’t even remember his name!).  A great debut album.  If you like Josh Groban or Andrea Bocelli you will like Chris Mann.   He has a light opera voice  but isn’t afraid of a modern song like Viva La Vida

2.  Phillip Phillips- Home- Probably my favorite single of the year.  I must say I didn’t think his album was as good as the single but I still love this song. The winner of the last season of Idol made me wonder if I should watch the show again.  A folksy, earthy song that I could listen to again and again.

1. Perks of Being a Wallflower- I’ve mentioned it a couple times on this blog but this movie really spoke to me.  It is set during my high school years (the setting could have been my high school) and I could relate to every character.  Dark, sad, tragic, funny, bizarre, disturbing, intriguing and everything else.  I liked all the performances and even little details like the music were perfect.

Written, and directed by Stephen Chbosky as adapted from his novel, it is one of the rare instances where I think the movie actually improves upon the book, which is written in the tired cliche of a letter-format.   I loved Emma Watson who does a convincing American accent and all of the teens felt like teens with authentic problems, parties, attitudes and romances- something so rarely seen in the teen movie genre.  I felt so inspired after seeing this movie for the first time that I went home and wrote a chapter of my book.  It made me want to write, express myself, and be creative.

I will say that this movie is not for everyone.  It is challenging but I found it exhilarating!

2. Les Miserables- The much hyped live performance version of the broadway musical adapted from the Victor Hugo novel (which I have never been able to get through btw).  I first saw Les Mis when I was 14 years old and went to NYC with my choir group.  I knew every song, every line of dialogue and for once my high expectations were completely met. I was blown away.

I then saw the show again in 2006 with my Aunt Kate when they did a revival and it moved me once again.  I love the story of the merciful Jean ValJean hunted by the ruthless Javert who seeks only justice.  I love the music and aside from a bit of over-the-top antics from the Thenardiers I thought the movie totally nailed it.  I loved the performances, cinematography, long fading shots, singing (with the exception of Javert), staging etc.  I loved it.  It brought me to tears and I wanted to see it again almost immediately.  I liked almost every single choice they made.  Definitely one of the best movies I’ve seen in years.

3.  Other movies I liked- Friends with Kids, The Hobbit, Bully, Pirates: Band of Misfits, ParaNorman, and Brave.

Such a weak year for television.  All the reality shows are getting tired including once reliables like Dancing with the Stars, Pawn Stars and Project Runway.

1. Downton Abbey- I got on the Downton Abbey bus early in 2011 but really loved both seasons this year, although I’m still traumatized by the recent Christmas episode!  Still, Dame Maggie Smith’s scenes are worthy of note alone.  There are so many well developed characters and the dialogue is always sharp.  I’m a believer in soap so I don’t really mind those elements.

2. Drop Dead Diva-  My favorite show this year. Drop Dead Diva had a great season with a huge ending that has me dying to know what is going to happen.  They got slightly less ridiculous in the cases presented and the romance between Jane and Owen felt believable.  With the return of Fred in a slightly altered form next season proves to be great.  A campy, silly show but done so well I love it!

3.  BYU TV- I’ve been enjoying BYU TV lately especially their shows American Ride and The Story Trek.  American Ride is a bikers version of American history.  Interesting and entertaining.  The Story Trek is great.  They literally go door to door and try to get interviews, hearing everyone’s story.  It is great what they come up with.  I like that I can turn on BYU TV and always find something enriching and clean.  It is not overly Mormon, just squeaky clean and fun shows.

4.  Other standouts- Go On about a widowed radio sports jock who goes to a grieving group, Up All Night about a couple struggling to raise their little girl in yuppie LA, Portlandia making fun of all things hipster, The Mindy Project basically the tv form of Mindy’s book, Is Everyone Hanging Out Without Me?, which is another favorite book of the year and I thoroughly related to. I also enjoy Bunheads written by the writer of Gilmore Girls and has the same crackling dialogue.  Plus, it has Sutton Foster in it who is divine.

So there’s some of my favorites of 2012.  What are some of your favorite books, movies, music, TV?