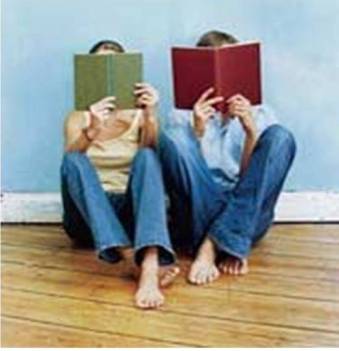 This is a quick post- (Believe me I will do my 3rd interview I just want to make sure it is well thought out and that my political opinions are explained adequately).

On Saturday I went to an awesome literary symposium put on by the Provo Library.  This was with my friend Emily Whitman who has been my BFF for 11 years.  With 2 kids and my busy work-life it is harder to get together than I would like, especially a full afternoon so Saturday was such a treat.

We got to meet Haven Kimmel who wrote the wonderful memoir A Girl Named Zippy- a book which holds a special place in my heart because it is about growing up in Indiana.  I have never met an author that I admire and it was so interesting to hear her perspective.  She seemed a little melancholy over the recent changes in the publishing industry and said:

“I’m not sure how to continue in an art form that has changed so much that I no longer know how to perform it.”

But she was also very funny and there was a spirited debate over the advent of ebooks.  In her mind they lessened the archival nature of a library, created a technological ‘upgrade’ need and excluded the poor/disadvantaged from the freedom provided by free books.  It was interesting to me because I purchased a kindle in August expecting to love it but I haven’t.  I rarely use it and prefer a real book that I can write notes in and arrows (I know you can do that in a kindle but I find it very tedious).

In fact, if anyone wants to buy a traditional 3G kindle I will give you a good deal (of course, they came out with the fire literally 2 weeks after my purchase!).

Anyway, the second session of the conference was on teen literature.  While it was interesting I disagreed with the attitude of the presenter.  She was a teacher in the public school system and to me she had a very defeatist attitude (she was a perky lady but still defeatist).

One of the first things she said was ‘It would be nice for my students to be reading more challenging books but at least they are reading’.  Then as she continued one of her main qualifications for a book being a good recommendation was that it was ‘really fast’.  I felt like she said that phrase 30 times in the hour. (Tell that to all the kids pouring through Harry Potter at 0ver 700 pages).

Her attitude annoyed me because I feel it is emblematic of a culture of compliance that we have in nurturing children and teenagers.  We could encourage them to do better, be more, but instead we are happy with the least modicum of effort.

I’m not saying every child has to read Foucault and Thoreau but let’s not assume they can’t.  Let’s see the greatest potential in all the people around us whether it is reading, dieting, learning, whatever. The greatest people in my life always saw my potential, the biggest disappointments failed to help nurture me (I still feel some resentment towards my high school choir teacher who stomped on my talent so hard I didn’t sing for 7 years in public after).

Once a child/teen is presented with reading options and they chose Diary of a Wimpy Kid, no problem.  At least they are reading something over nothing. (I have never read Wimpy kid but that was just the example the speaker used about what her high school senior kids are reading). I just want the options to be presented and to not assume they will immediately go for something less challenging.  I hated that assumption growing up.

It turns out there is quite a lively debate on this topic on the web spawned by an article in the New York Daily News by Alexander Nazaryan.

I’m actually inclined to agree more with Nazaryan.  As mentioned above, this feeling comes from the way I felt as a child.  I hated being pandered too and treated like I was stupid because I was young.  I wanted nothing more than to be shown the respect I felt I deserved.  I wanted to be heard and taken seriously from a very young age.

One of my greatest goals if I am ever a parent is to let my children win an argument.  This might sound funny but I want them to know that they have the ability to think things through on their own and that Mother is not always right.  (Not every argument, but I want my kids to feel a freedom of expression and to learn to back up their thoughts as well as they can).

Basically my feeling on writing for children and teenagers is summed up best by Dr.  Seuss (a man who is about as creative as it gets, so proof my approach does not limit magic or youthfulness in kids):

“I don’t write for children. I write for people.” Or, as he once told an interviewer, “I think I can communicate with kids because I don’t try to communicate with kids. Ninety percent of the children’s books patronize the child and say there’s a difference between you and me, so you listen to this story. I, for some reason or another, don’t do that. I treat the child as an equal.”

Finally, I think most teens are turned off of reading not because of difficult, boring books but because of the way those books are dissected in the classroom.    If kids were allowed to present their own point of view instead of over-analyzing character motivations and styles I think they wouldn’t be as turned off.  I think it is more a matter of approach than the material itself.

For Christmas I was debating about getting my 12 year old sister Pride and Prejudice, but I did and she was excited.  I could have gotten her Prom and Prejudice (as suggested by the speaker) but I had confidence to give her the real thing.  I think with a little digging we can see the literary potential of all of the people around us, especially the youth, and their life will be better for the faith we show in them.

It is also important to remember that you aren’t going to win with every suggestion.  They might even hate what you put out there for them to read but I think that is good.  Development of a critical eye and a well reasoned mind is part of the learning process.  I read Scarlet Letter as a teen and hated it, still do, but you can bet I can explain why I dislike it so much! I could then, I can now!

So, that’s my opinion on that.  What do you think?  How do you think we should approach reading for teens and children?  Are the classics still relevant and important to introduce or is just getting them reading enough?